lily
New Car Reviews, New Car Commercials & Best Car Video's
The No. 1 Channel For Car Lovers
Make Sure To Subscribe
最新汽车评估，
最新汽车商业广告& 权威汽车视频，
请订阅收听爱车族的第一首选频道。
最新の車レビュー、最新の車広告＆権威である車のビデオ、車好き方は優先選択するチャネルにご注目して下さい！
최신 자동차 평가
최신 자동차 상업 광고
최신 자동차 시청
자동차를 사랑하는 사람들의 제일선택 채널
열람 바람
The Audi S4 is the high performance variant of Audi's compact executive car A4. The original Audi S4, built from 1991 until 1994, was a performance-oriented version of Audi's 100 saloon/sedan. All subsequent S4s since 1997 have been based on the Audi A4; and as the A4 has evolved from one generation to the next, so has the S4.
A more powerful internal combustion engine, larger upgraded brakes, firmer suspension, larger roadwheels, and distinctive sheetmetal, styling clues and badging have always been amongst the many upgrades the S4 receives over its mainstream 100 and A4 siblings. In markets where the even higher-performance Audi RS4 is not offered, the S4 is the top-of-the-line trim of the A4 family.[1][2]
Like its regular A4 counterpart, all S4 variants have had longitudinally oriented, front-mounted engines. A single turbocharged 2.2 litre inline five-cylinder powered the original C4 version, and a 2.7 litre twin turbocharged V6 engine was found in the B5 generation. The B6 and B7 versions shared a common 4.2 litre V8 engine, the first time that a V8 engine was placed in a compact executive car, placing it in direct competition with the BMW M3 which at the time had a 3.2 L inline 6. The recently introduced B8 generation uses a supercharged 3.0 litre V6 TFSI engine and competes with the BMW 335i.[1]
All versions of the S4 have their transmission mounted immediately at the rear of the engine in a longitudinal orientation, in the form of a transaxle, and like all Audi "S" cars, are only available as standard with Audi's quattro four-wheel drive (4WD) system, using a Torsen-based centre differential system.[3] 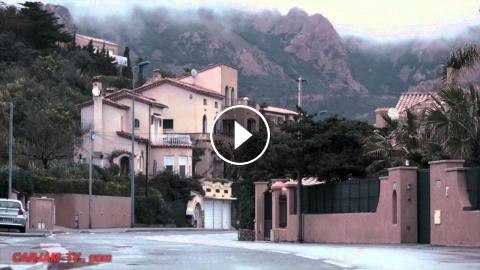