hong
New Car Reviews, New Car Commercials & Best Car Video's
The No. 1 Channel For Car Lovers
Make Sure To Subscribe
最新汽车评估，
最新汽车商业广告& 权威汽车视频，
请订阅收听爱车族的第一首选频道。
最新の車レビュー、最新の車広告＆権威である車のビデオ、車好き方は優先選択するチャネルにご注目して下さい！
최신 자동차 평가
최신 자동차 상업 광고
최신 자동차 시청
자동차를 사랑하는 사람들의 제일선택 채널
열람 바람
The DS 3 is a supermini, produced by the French manufacturer Citroën since 2009 and officially launched in January 2010.[1] This was the first car in the new DS range from Citroën (pronounced déesse, which is French for goddess). Its design was inspired by the concept car Citroën DS Inside.[2] The DS3 range was facelifted in 2016, and re-launched without Citroën badges.The Citroën DS3 was named "2010 Car of the Year" by Top Gear (magazine), awarded first supermini four times in a row by the JD Power Satisfaction Survey UK[3][4][5] and second most efficient supermini (Citroën DS3 1.6 e-HDi 115 Airdream : True MPG 63.0mpg) by What car ? behind the Citroën C3.[6] In 2013, it was again the most sold premium subcompact car with 40% of these market shares in Europe. A 207 hp (154 kW) version,[9] the DS3 Racing, was introduced at the 2010 Geneva Motor Show. It is the road version of Citroën's rally specification DS3 R3. The new 0-62 mph time is 6.5 seconds and the increased top speed is 146 mph (235 km/h).The DS3 Racing is offered in only two colours, white with gray accents or black with orange accents including roof, wheels and interior. Besides these unique colour schemes, the DS3 Racing is distinguished from other trim levels by the use of real carbon fibre on the front splitter, grill, wheel arches and rear diffuser. Additionally, carbon fibre is prominently featured on the interior.[10]In October 2011, Citroën announced that they were planning on building a total of 2,400 DS3 Racings, significantly more than the 1,000 initially planned.[11]Citroën unveiled the DS3 Cabrio at the Paris Motor Show in September 2012 with sales commencing in 2013.[12]As a fixed profile convertible, the DS 3 retains its side bodywork, allowing for a roll-back center fabric sunroof — similar to other fixed profile convertibles including the Fiat 500 (2007), Nissan Figaro (1991), Citroën 2CV (1948–1990) and the Nash Rambler Convertible "Landau" Coupe (1950).Citroën announced the "Matière Grise" limited edition of 750 cars for the European market. It is finished in flat grey paint with chromed mirrors, chromed door trim and chromed tail light surrounds. The roof can be ordered in either white or black and the only available wheels are 17″ alloys, also available in white and black.[13]In February 2016, the facelifted DS 3 was announced by DS Automobiles, and launched at the Geneva Motor Show. The revised model no longer featured Citroen badges,[14] with the DS badge now featuring prominently on the front grille. The facelifted model is identified by a revised front and rear design, and the new engines PureTech 110 and 130, THP 165, BlueHDi 100 and 120, together with a new DS 3 Performance model. It has 205 bhp from a 1.6 litre THP-engine and can get to 100 kph in 6.5 seconds. Citroën revamped their DS3 line for the summer of 2011 with a new, limited edition model, a new colour and a new decal on the roof. The new colour is brun Hickory, a shade of dark brown that recently made its debut on the DS3′s bigger sibling, the DS4. One of the DS3′s strongest selling points is the ability for a customer to personalize their car when they order it by mixing and matching body and roof colours, decals, and so on. This new colour helps that by bringing the total amount of available body colours to ten.The DS3 features prominently in the video for the Pixie Lott song "What Do You Take Me For". It is the first car that has had product placement in a British music video.[7]The DS3 range received a mild facelift in 2014, with revised engines and new design of Xenon-LED headlights for the top of the range models.[8] The new BlueHDi diesel, available in two states of tune, has a low CO2 emissions level of 79g/km. It received a new facelift in 2016 completely dropping any reference to Citroën and its logo. 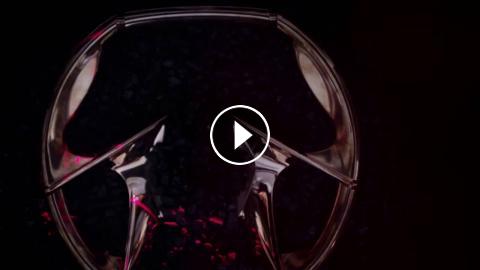