ava
【????Join Our “VIP” Membership And Show Your Support????】
https://www.youtube.com/channel/UC3UUwfyntghfisq02q5v2tw/join

????Synopsis:
Liu Yong is an official known to be "loyal to the emperor, loving towards the people, and just." In the name of paying tribute to the emperor, Shandong governor Fu Guotai has been stealing money from the people. When levying taxes, those unable to pay are gravely punished; scholars who speak against the injustices are killed; warehouses of dozens of prefectures and counties in Shandong province are in serious deficit.
Placing great importance on the matter, Emperor Qianlong orders Liu Yong and He Shen to investigate the case. Liu Yong learns that Shandong had been affected by disasters for three consecutive years and finds Fu Guotai guilty of corruption. At this time, the imperial concubine intercedes on behalf of Fu Guotai along with a number of court officials. In fact, He Shen also has a vested interest to protect Fu Guotai. Liu Yong is undaunted by the pressure from the higher ups as he fights to uphold the laws of the Qing Dynasty.

✨The Best Chinese TV Series Channel✨
With the Latest and Fastest ENG SUB on YouTube!
Stay with us, you won't be disappointed! 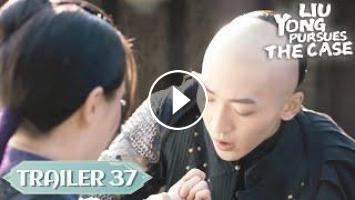